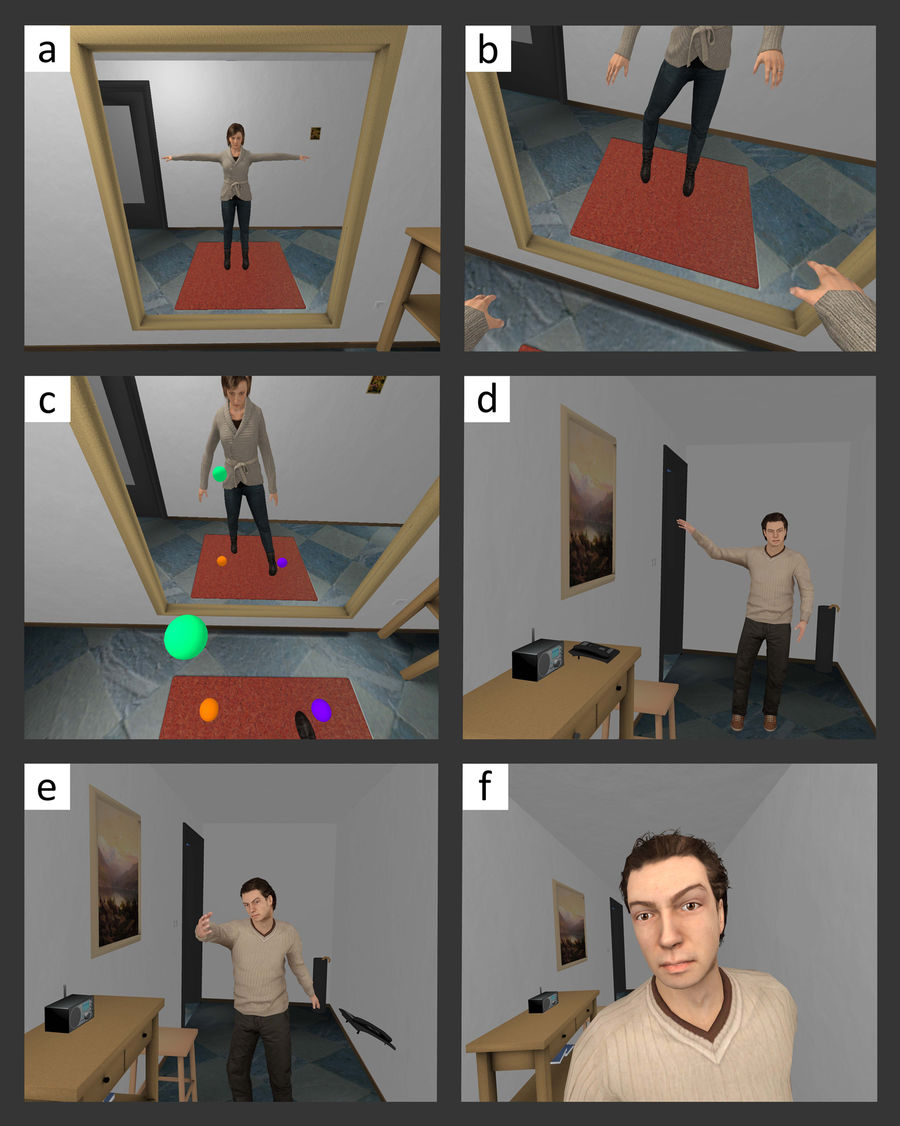 The role of empathy and perspective-taking in preventing aggressive behaviors has been highlighted in several theoretical models. In this study, we used immersive virtual reality to induce a full body ownership illusion that allows offenders to be in the body of a victim of domestic abuse. A group of male domestic violence offenders and a control group without a history of violence experienced a virtual scene of abuse in first-person perspective. During the virtual encounter, the participants’ real bodies were replaced with a life-sized virtual female body that moved synchronously with their own real movements. Participants' emotion recognition skills were assessed before and after the virtual experience. Our results revealed that offenders have a significantly lower ability to recognize fear in female faces compared to controls, with a bias towards classifying fearful faces as happy. After being embodied in a female victim, offenders improved their ability to recognize fearful female faces and reduced their bias towards recognizing fearful faces as happy. For the first time, we demonstrate that changing the perspective of an aggressive population through immersive virtual reality can modify socio-perceptual processes such as emotion recognition, thought to underlie this specific form of aggressive behaviors.