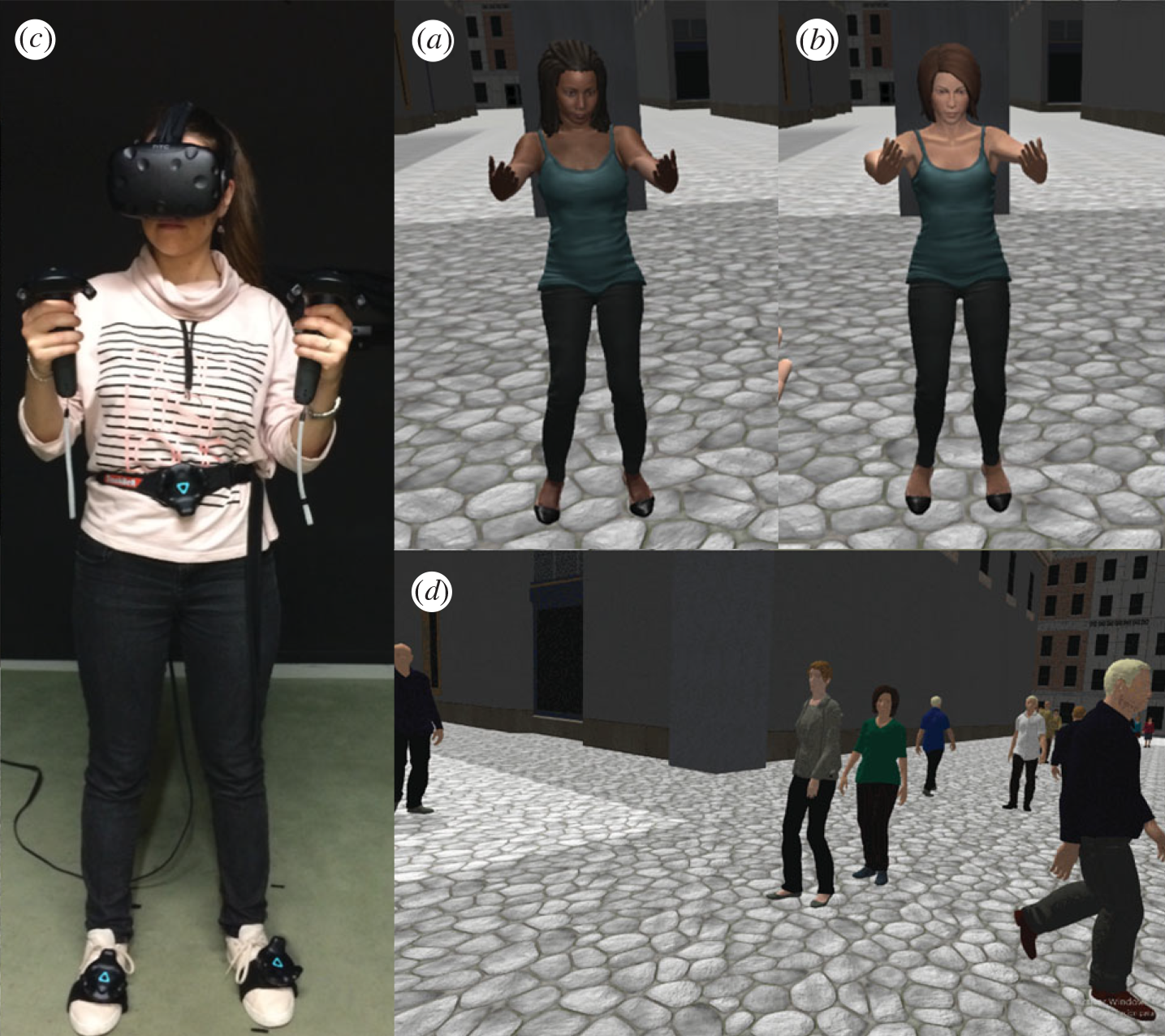 When people hold implicit biases against a group they typically engage in discriminatory behaviour against group members. In the context of the implicit racial bias of ‘White' against ‘Black' people, it has been shown several times that implicit bias is reduced after a short exposure of embodiment in a dark-skinned body in virtual reality. Embodiment usually leads to the illusion of ownership over the virtual body, irrespective of its skin colour. Previous studies have been carried out in virtual scenarios that are affectively neutral or positive. Here, we show that when the scenario is affectively negative the illusion of body ownership of White participants over a White body is lessened, and implicit bias is higher for White participants in a Black virtual body. The study was carried out with 92 White female participants, in a between-groups design with two factors: BodyType (their virtual body was White or Black) and a surrounding Crowd was Negative, Neutral or Positive towards the participant. We argue that negative affect prevents the formation of new positive associations with Black and distress leads to disownership of the virtual body. Although virtual reality is often thought of as an ‘empathy machine' our results suggest caution, that this may not be universally the case.