Frontiers in Robotics and AI 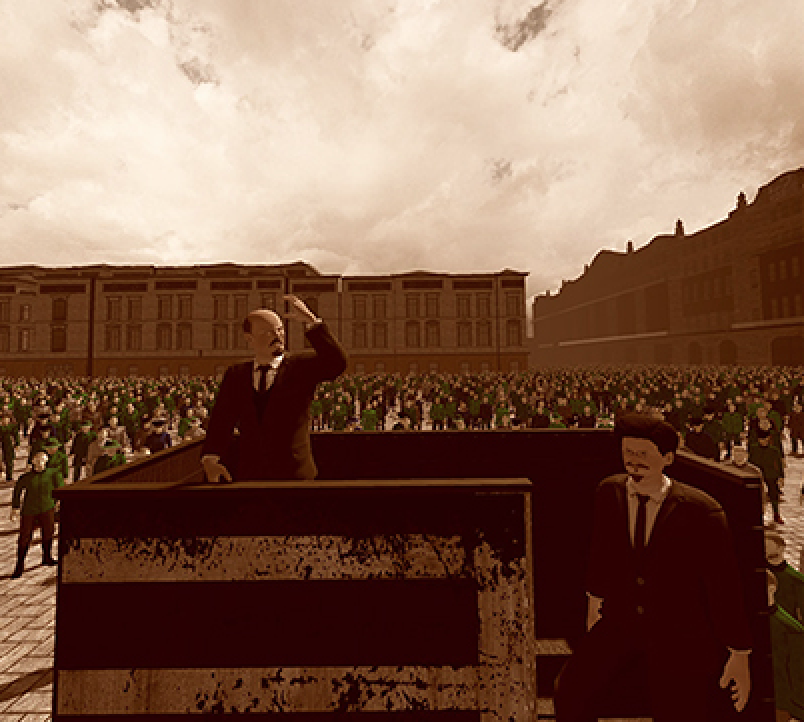 Virtual Reality (VR) has been widely applied to cultural heritage such as the reconstruction of ancient sites and artifacts. It has hardly been applied to the reprise of specific important moments in history. On the other hand immersive journalism does attempt to recreate current events in VR, but such applications typically give the viewer a disembodied non-participatory role in the scene of interest. Here we show how VR was used to reconstruct a specific historical event, where a famous photograph was brought to life, showing Lenin, the leader of the 1917 October Russian Revolution, giving a speech to Red Army recruits in Moscow 1920. We carried out a between groups experimental study with three conditions: Embodied—where the participant was first embodied as Lenin and then later in the audience watching Lenin; Included—where the participant was not embodied as Lenin but was embodied as part of the audience; and Observing—where the participant mainly viewed the scene from a disembodied third person point of view. Twenty participants were assigned to each of the three conditions in a between-groups design. We found that the level of presence was greatest in the Embodied and Included conditions, and that participants were least likely to later follow up information about the Russian Revolution in the Observing condition. Our conclusion is that if the VR setup allows for a period of embodiment as a character in the scenario then this should be employed in order to maximize the chance of participant presence and engagement with the story.